As I reported previously, I checked in at Hoopla and found out that all the Batgirl collections for past six years are there for me to read for free… 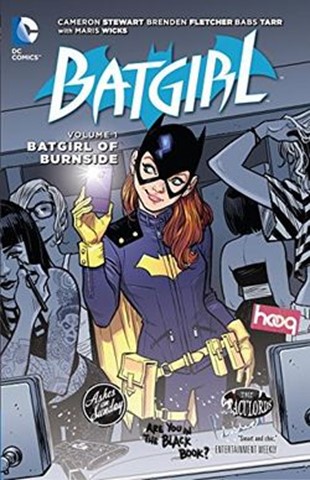 Batgirl was first introduced over 50 years ago when she appeared in Detective Comics #359 in ‘The Million Dollar Debut of Batgirl!’ January 1967. Her stories appeared in the back pages of Detective Comics. At one point it was thought that she might join the Justice League. This was after she appeared in issue #60 of Justice League of America in a story title ‘Winged Warriors of the Immortal Queen!’ (February 1968). Yet, she never became a league member. Could she have been a Teen Titan or was she too old for that? 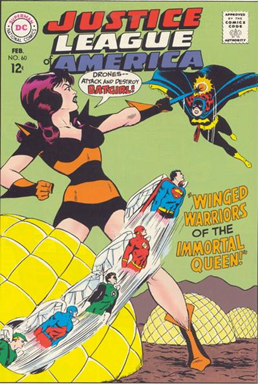 She continued to appear in Detective Comics and other Batman titles throughout the Seventies, Eighties, and Nineties. In those days, her secret identity was Barbara Gordon, daughter of police commissioner James Gordon.

Batgirl survived the Crisis and she delivered the eulogy when Supergirl died. It was not too long afterward, that Babs was shot through the spine by the Joker when she opened the door to the apartment that she shared with her father. She then became Oracle, a high-tech hacker in a wheelchair.

Batgirl did not get her own title until the year 2000. Yet because Babs was now confined to a wheelchair, the first three series featured Batgirls who were not Barbara Gordon. Other women who wore the cowl & cape of Batgirl were Helena Bertinelli, Cassandra Cain, and Stephanie Brown.

Barbara Gordon returned to the role of Batgirl in volume 4 of the series. This is after she underwent a mysterious treatment in South Africa which restored the use of her legs. All stories in this series were written by Gail Simone. The complete volume 4 series have been collected in eight volumes published as two separate collections; one collection of five volumes and the second collection of three volumes.

Throughout the series, Batgirl’s look underwent a change in part due to different artists working on the series. 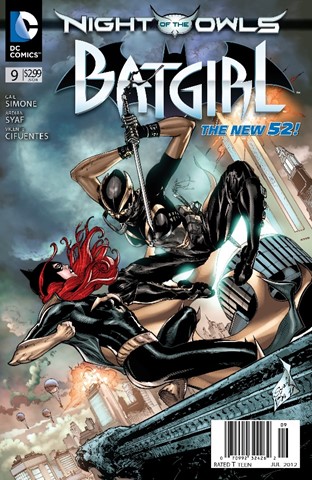 In the first half of the series Batgirl is a Dark Knight with flaming red hair and I think her look was a little too close to that of Bat Woman and Cat Woman. Apparently, I was not the only person to notice that.

I think that the writer knew this also and that is why starting with issue #34, Barbara (Babs) moved to an upscale neighborhood of Gotham called Burnside and changed her look to that of a young woman starting out in life and attending college at a local institution of higher learning. 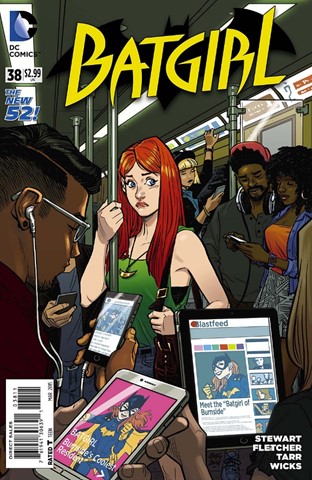 Overnight she went from being a flaming redhead in a high-tech suit to being a cute co-ed in a blue jumpsuit with a blue and yellow cape and dark blue cowl. Note how the eyes in her mask are much larger. All the better to see that her eyes are now green whereas before they were blue. And did she have a breast reduction? 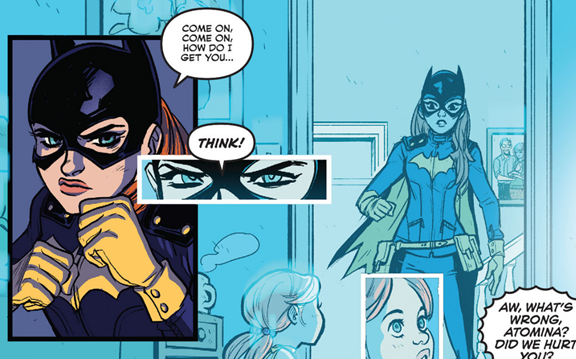 In the first half of the series, there was lot high drama with Black Canary delivering gems like the one below… 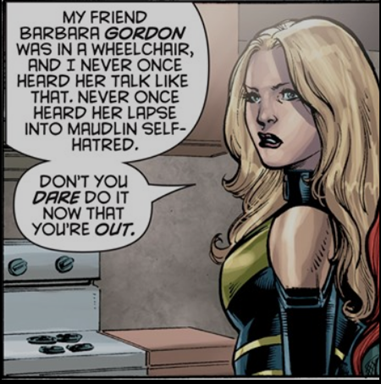 The Batgirl of Burnside still will not take crap from anyone, but this Batgirl is much hipper & cuter, and this would make her be a hipster cutie.

Throughout the series, Batgirl provides background narration in the style of Veronica Mars. In fact, if there is ever a Batgirl: The Animated Series, they must get Kristen Bell to do her voice. 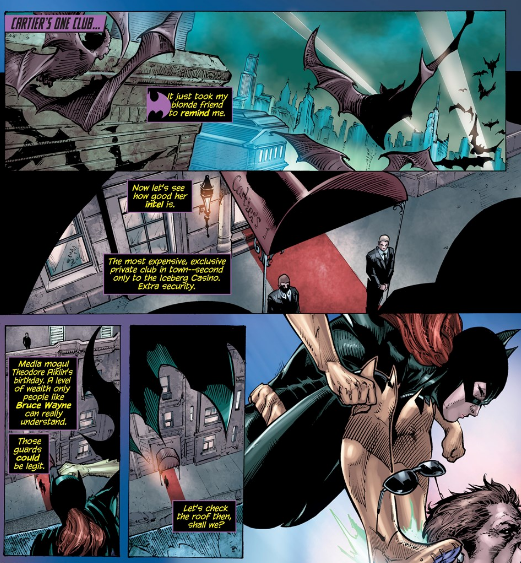 Below is a complete list of the volumes of the collected issues of Batgirl series four and five.

Recently, I wrote about Batgirl’s new look coming in the next couple of months.