I have a total of four lists and today I just discovered something that makes my collecting research easier.

My original list of Hawkgirl covers focused on the Silver Age Hawkgirl and covered the period from 1961 to 1984.

There is a second list that contains all of the covers that the golden age, Earth-2 Hawkgirl appeared on the covers as either Hawkgirl or Shiera Hall between 1940 and 1987. There is a gap in that list between 1951 and 1976. Anything on the first half of the list, from 1940 to 1951, approximately 10 items, are outside of my price range. For the second half of the list, I am very close to being complete.

Later I realized that the first list should have also covered 1985 to 1988. The third list is a list of post-crisis appearances by either the first or second Hawkgirl. There are ~15 items on that list and this list is also almost complete. The caveat is that this excludes the one’s from the 1940s. 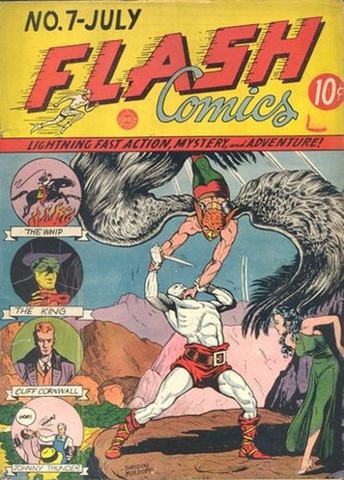 Originally, I had planned to only collect covers before 1988 and it was only recently that I started working on a list of covers from 1989 to present.

The list is work-in-progress and I was really surprised at the number of titles in which one or more Hawkgirls appeared the past thirty years. There are basically four Hawkgirls (and a one Hawkwoman) and at Comicbooks Db you will see them listed as follows:

You will note that some are outside of the main continuity and so far I have not looked at titles such as Bombshells and the game Injustice.

Before I started to complete the lists, I populated my collection at comicbookDb.com. There are 70 issues on that list and some the items on the collection list are TPBs of the Showcase Presents series and my Wishlist now has only 27 items – some of which are outside my price range. For example, Hawkgirl (AKA Shiera Saunders) first appeared on the cover of Flash Comics #7 (July 1940) as Shiera. This is number one on my list of Hawkgirl covers, but at $1,629.00 there is just no way.

But here’s the deal, there is an easier way to do this. For a few weeks, I have been researching the modern era (1989 to present). I have been using comicbookdb.com and DC Database to assist in finding Hawkgirl covers.

Now, I am working on the list covers that covers the years 1989 to present. To build this list of covers, I first had to build a list of titles. In the Modern Era there are 42 titles (titles, not issues) in which she appears either on the cover, inside or both, but in order to know whether or not she is on the cover, I have to go and look at the cover.

So, now I have this new list. The majority of the titles on the cover appearance list have only a few issues in the series. It seems like it was easy for me to knock out that portion of the list. For example, in JSA All-Stars (2003) she appears in 8 issues, but she is only on the cover of #2 and #8. The cover of issue #2 is my all-time favorite. If I did not do it this way, I might have not seen this cover. 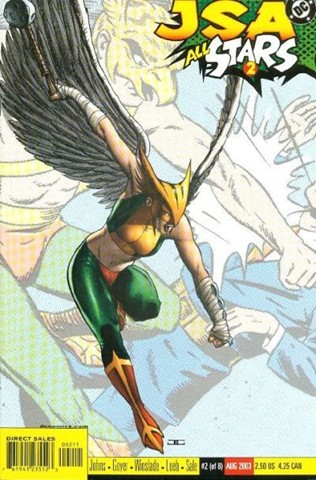