She’s Back! – The most recent Hawkgirl died, I think it was in 2011, before the New 52, and I hoped that the character was going to return when Rebirth was launched summer 2016. Given that the origin story for Carter and Shiera involved cycles of reincarnation, I figured it would be something along the lines of the “Return of Hawkman” story-arc in the JSA series a decade ago. What I was not expecting was that Hawkgirl would show up now and that she would be playing a central role in the Dark Matter series. Hawkgirl has always been either a sidekick or a  background character. Outside of a Hawkman (or the Hawkgirl) series, she is always a bit player. (Except for maybe in All-Star Squadron, but definitely in JLA.) Yet, in “Dark Nights: Metal” #1 which was released today 8/16, here she is as Kendra (Hawkgirl) Saunders, the grand-niece of the original golden-age Hawkgirl, Shiera Saunders. I must say that she does look stunning and that is all I am going say. No spoilers here. 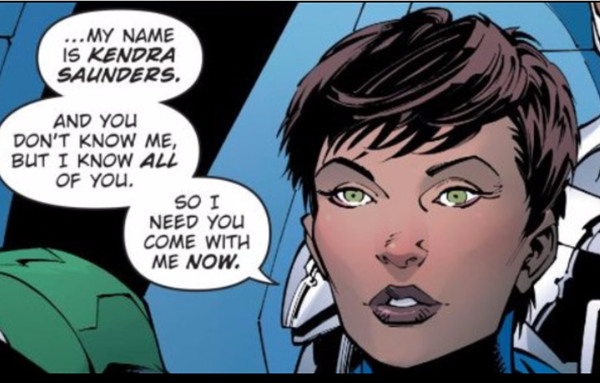