I want to thank my son, Aaron, for helping build up my cheapo-cheapo comic book collection. For Father’s Day he gave a $100 Amazon gift card and with I bought eight “Showcase Presents…” books. 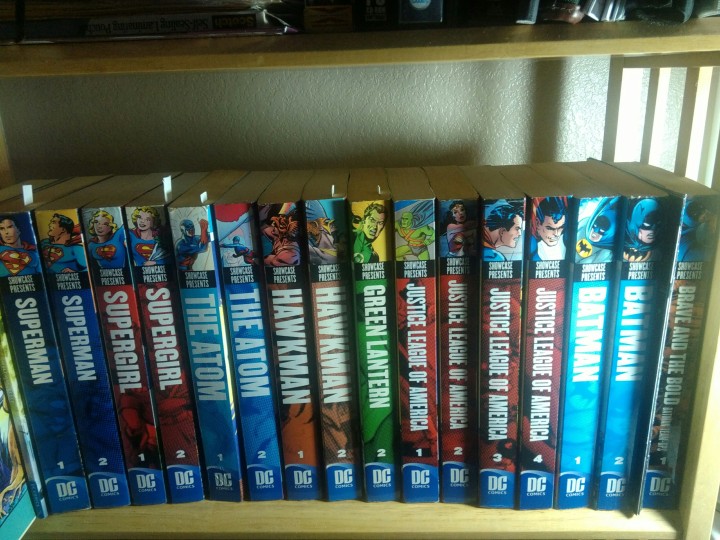 For those who have not read my previous posts here is what Wikipedia says about Showcase Presents: “[It] is a line of black-and-white paperback books published by DC Comics. Each book usually includes over 500 pages of reprints, primarily from the Silver Age. A Showcase Presents volume carries the suggested retail price of US$16.99 (increased to $17.99 in September 2009) and is usually devoted to one character, “reprint[ing] all of their adventures in sequential order via cover date,” or occasionally to a specific title such as “Showcase” rather than individual.””

These books that I bought normally sell for $17 apiece and with $4 shipping, It would have cost $170 for those 8 books.

However, I am finding these books used and in very good condition, some as low as $6.50. (One that I bought for 6.50 and received the other day looked new except the page edges are slightly “yellowed”)

What am buying are collections of comics that I read as kid in the 1960s. Each volume contains on the average 20 issues. With 8 books, that’s about 160 comic books!

Here is what I bought for my Father’s Day gift. These links go to a listing of what each volume contains.

Supergirl appeared in Superman and Action Comics. The two volumes cover the period from her first appearance, life at the orphanage, and then her high school years. 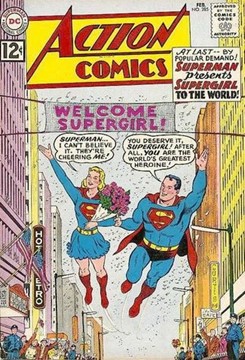 Superman Vol. 2 I already have volume 1 and there are total of 5 volumes in this series.

Here is a Wikipedia article lists all Showcase Presents titles.

My focus is on the collections of titles from the 1960s that I read as a kid: Green Lantern (5 vols), Justice League (6 vols), Atom (2 vols), and Hawkman (2 vols). Additional I would read Batman (6 vols), Superman (4 vols), and the Superman family stories, which includes Supergirl (2 vols) and Batman/Superman team-ups in World’s Finest Comics (4 vols).

There is more Batman in the 3 volume “The Brave and the Bold: The Batman Team-Ups”

I was never really much of a fan of Aquaman, Flash, or Wonder Woman, but these titles are also available in the “Showcase Presents Series…”